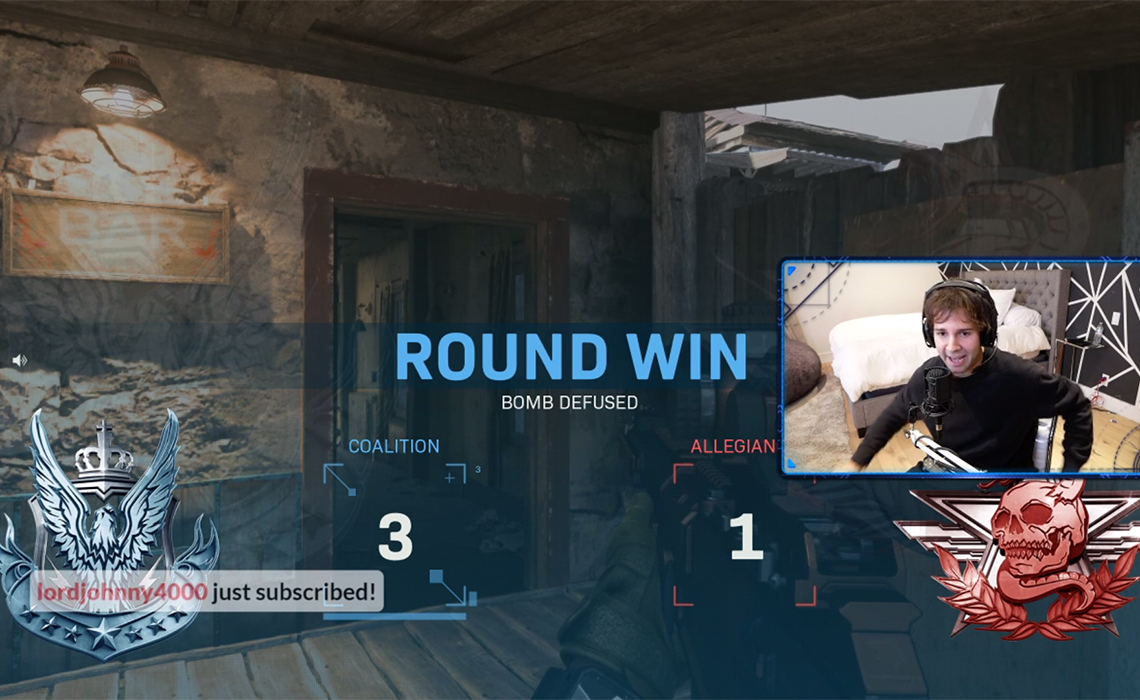 David Dobrik Launches Twitch Channel By Giving Away $1,000 For Every ‘Warzone’ Win

David Dobrik has officially joined Twitch–and, in true Dobrik fashion, he marked the occasion by giving away cash to random viewers.

The Vine star turned YouTuber (18.2 million subscribers, 100 million views per month) used to upload around one vlog per week, but has been noticeably absent from his home platform since April, when he posted a video about giving gifts to people affected by COVID-19. During a June appearance on Jimmy Fallon‘s late-night show, he explained that it simply wasn’t possible to film his usual YouTube content while confined to his house during coronavirus lockdowns.

As for when he might return to the channel, he said he was using a local bar as a kind of litmus test: once the bar reopens to full capacity, he’ll begin filming again. In the meantime, he has been spending video-making time on his TikTok account, where he’s racked up 21.5 million followers with near-daily comedic videos filmed at home.

Dobrik popped up on Twitch Aug. 28 with a surprise appearance on Call of Duty: Warzone world champion Parasite’s channel. One day later, he held his own first stream, during which he told folks he’s looking to broadcast on the platform “a lot more.”

The three-hour inaugural stream featured some startup on Dobrik’s end as he tried to figure out settings, then followed him and a couple gamer friends through a handful of Warzone matches. They pulled off several wins, including their first match, which Dobrik ended with a close-quarters rocket launch.

He then began giving away $1,000 to viewers whose chat user names appeared first in screenshots of winning moments:

David Dobrik is currently doing his first ever live stream on Twitch playing Modern Warfare. He has 45,000 viewers and is giving away $1,000 every time he wins a round. Tesla could not be reached for comment. What are your thoughts? pic.twitter.com/rAYTru17p8

Winners were PayPal’d $1,000, he said. (Unlike many of his giveaways, this one doesn’t appear to be in partnership with a company.)

“Thank you so much for having me,” he told viewers before shuttering the broadcast. “It was really fun, I had a blast.”

According to analytics tool SullyGnome, Dobrik’s stream peaked at 47,233 concurrent viewers. Over the course of the broadcast, his channel gained 70,994 followers, and is now at 201K total. And, judging by onscreen popups during his broadcast, he also picked up numerous channel subscribers, who pay $4.99 per month for extra content. The fact that Dobrik has opened up channel subs seems like an indication that he plans to stream at least semi-regularly on his new platform.

Those who are hungry for more Warzone content might want to keep an eye on Dobrik’s channel. After his stream, Justin Taylor, senior director of digital marketing for Call of Duty developer Activision, tweeted out a request to be connected with Dobrik.

You can watch Dobrik’s first stream in full below: